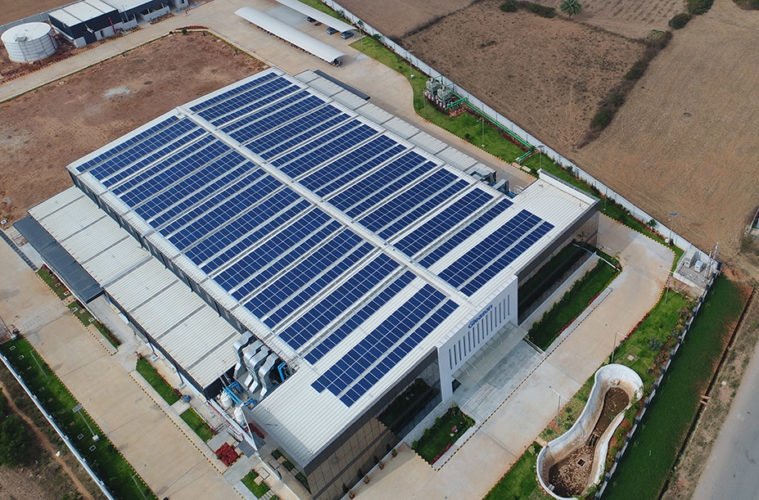 The solar industry has seen several cycles of technological revolutions. Some major technological upgrades have raised efficiency at the cell level, increasing power density hence generating more energy from the same area. Other upgrades have contributed to the remote monitoring of the health of solar power generators, accurate weather forecasting to estimate future power generation, among several other functions. As it stands, blockchain technology could emerge as the next big revolution in the Renewable energy sector.

What is Blockchain Technology?

Blockchain technology is a system that allows for the transparent sharing of transactions across a network. Once a transaction is recorded onto the system, it cannot be altered in any form, or by any backdoor channels, without consensus from all the participating nodes (individual computers or individual systems) that are a part of the network.

We all hear the term Blockchain Technology often used in association with cryptocurrencies like Bitcoin or Ethereum. However, Blockchain technology, with its advantages of transparent information-sharing, has the potential to revolutionize banking systems, legal systems, and medical systems-practically any operating industry in the world today. The technology has the potential to power the growth of the solar industry as well. Here, we discuss how.

Blockchain is a decentralized ledger technology. When applied to the energy sector, it will enable people to trade energy among themselves effortlessly. This shift will stimulate more renewable energy projects as a whole, ultimately forwarding our transition into a more carbon-neutral, or optimistically, carbon-negative world. Tokenizing renewable energy allows wind, solar and hydro producers to seamlessly connect with investors, energy traders, and consumers who are willing to pay upfront for the right to consume renewable energy.

One demonstration of what this distributed system would look like within a local community is the Brooklyn Microgrid Project. In this project, solar modules are installed on five standalone buildings generating energy during the day, from the Sun. All surplus or unused energy is sold to neighboring buildings. While all the buildings in the neighborhood are still connected to the grid, transactions are managed and are stored on a blockchain. Through smart meter technology and blockchain software, transactions are easily made from meter to meter i.e. from one neighbor to another. This project is proving out the concept that blockchain can create a local community market for renewable energy.

Blockchain also allows producers to raise capital by issuing their own energy tokens. Investors can either consume this energy or resell it when it is closer to being produced. The end result is a multi-dimensional platform that has the potential to create a smarter, cleaner grid-connected solar PV system.

The benefits of building a distributed energy-sharing system are immense. The decentralization of data It is an important catalyst that will accelerate the adoption of renewable energy, like solar, in conjunction with smart devices—and ultimately help our homes become smarter and perhaps most importantly, more efficient.

Once fully connected homes are more pervasive, blockchain will play a role in helping people manage their consumption more proactively. Homes and offices alike will opt for demand response when incentives are aligned. Because of this, we’ll soon see more energy companies explore modern demand response options. Blockchain will help energy management be routinely delivered as a service to customers, on an automated basis. By providing such management and optimization services across tens of thousands of homes, energy companies will capture value from grid operators and pass that value on to energy users, without the customer having to lift a finger.

Blockchain makes a new energy sharing economy possible, one that facilitates an open exchange of power between homes, with all transactions recorded through a decentralized ledger. This will represent a fundamental change in the way we generate, distribute and use energy, for the better. Its promise will empower all of us to determine the impact our homes have on our climate.