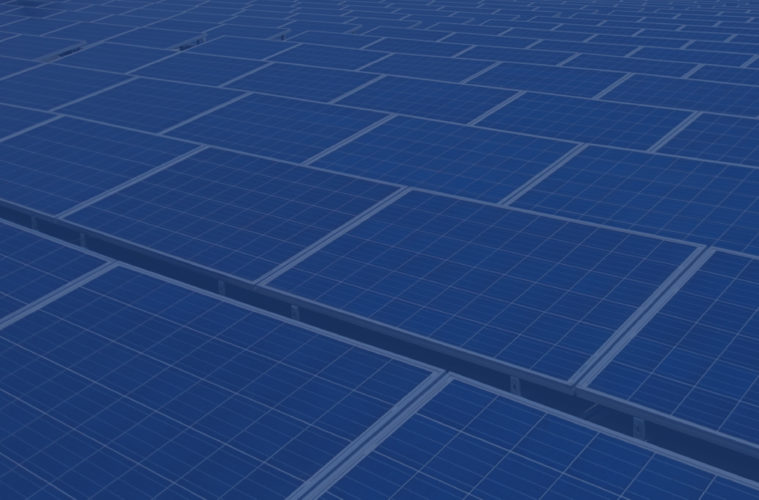 The energy of the sun reaches everywhere, with nearly all conceivable physical forms receiving varying degrees of solar irradiation. Therefore, the opportunity of building solar plants that work to absorb the irradiation received by water bodies presents itself as the next big step in expanding the reach of the solar industry. Here, we discuss canal-topped and floating solar panels.

Canal top solar projects are wherein the broad, uncovered surface area of channels is used to harness the received irradiation. Canal-topped power plants are typically constructed such that the mounting structure of the solar module is raised over the surface of the canal. The modules are erected on the mounting structures that serve as a bridge across the canal. The complete mounting structure stretches across the width of the channel, i.e., from one bank to another. This design is created such that the entire linear structure, lift, and tilt of the plant are supported over the canal, shielding the water from the sun, allowing the modules to be the first-in-line to receive the irradiation. As a direct tie-in to covering the surface of the canal, the reduction in water loss has been approximated at 150-200 million litres annually for an average 20 MW canal top project.

Among the key advantages of a canal-topped project is the ease with which it facilitates the project’s implementation. Canal topped projects also offer the additional advantage of preventing, to a large extent, algae growth on the surface of the water, which has been known to block canals and choke up the water flow. Installation of canal-topped plants cuts off the sunlight, thereby curbing algal growth on canals. India’s flagship canal-topped project was unveiled in Gujarat, with an initial installed capacity of 10 MW.

Another system of solar installations on water bodies is that of floating solar. Floating solar plants are built with specifically engineered floats that allow the array of solar modules to stay afloat on the water body.

As with canal-topped solar plants, there is no room to move the project within permissions regarding land acquisitions. An advantage that can be discussed with regards to floating solar as well as canal-topped is that the close proximity of a water body brings down the thermal losses, allowing the modules to function at a lower, more optimum temperature, thereby reducing and delaying degradation losses as well. This advantage is especially important in tropical regions, where ambient temperatures are higher and there are large bodies of water available in easily accessible regions.

The modules of a floating solar power plant are held together securely on a floating structure that is sturdy, and at the same time buoyant, so as to not weigh the structure down. A mooring system works in tandem with the floating structure, so as to keep the entire floating solar plant firm in its position. Additionally, the plant is anchored with a weight to the bed of the water body. A network of underwater cables ties the plant to the grid, and allows for the evacuation of the generated power.

Concerns regarding high velocity winds and waves, as well as wave heights, are being addressed with each new level of upgrades. Floating solar modules have been built to withstand wind speeds of over 190 mph and wave heights of 2 metres. In order to restrict corrosion, the metallic components are required to be placed over the float such that they do not make contact with the water.

However, unlike with canal-topped solar panel installations, “floatovoltaics” requires the usage of specially designed components. These floats are not manufactured or assembled in India and have to be imported into the country, which adds to the cost of the project. Floating solar projects have added, as per industry estimates, costs of a range of 30–50% over those of a standard ground-mount solar project. In terms of logistics, the floats do not add to the weight of the project but rather consume more space during transportation. Therefore, additional resources must be invested to ensure damage-free transportation of these floats.

As of today, pilot runs are underway in India to understand the cost-benefit balance of adopting floatovoltaics on a more large scale, with the NTPC now inviting bids for 100MW solar projects in Telangana.

As the renewable-energy effort progresses towards capturing more and more of the sun’s irradiation, floating and canal-topped solar represent the next step towards capturing an under-explored opportunity: harnessing the solar irradiance received by water bodies.