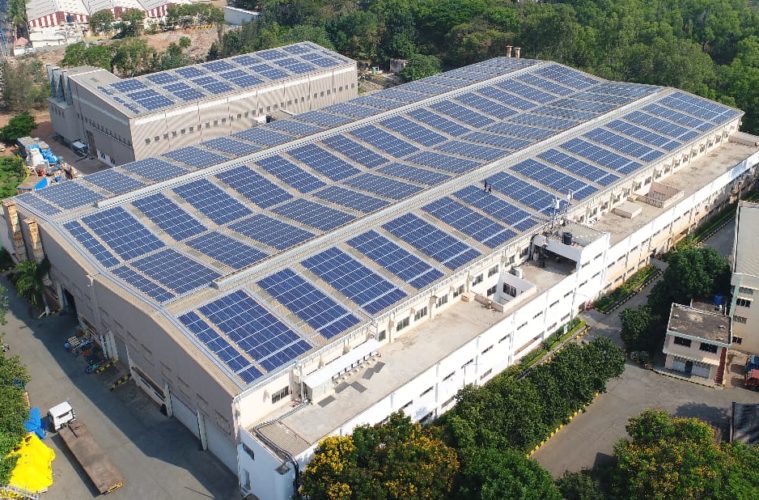 The installation of a rooftop solar power plant is determined by several factors-the type of roof being among the chief primary factors.

In terms of its physical shape, roofs may broadly be, either a. Tilted, or b. Flat

Tilted roofs are most commonly used in sheet roofs, that is, they are fabricated from metal. Flat roofs, on the other hand, are most commonly built with RCC. This directly impacts, among other design concerns, the tilt of the solar modules during design and installation. Under the tilted roof category, some of the subtypes include double slope, raised gable, northern-light glazing, etc.

Classifying shapes of roofs into these broad types and narrower sub types allows for design considerations examined below to be brought under the purview of the designers:

Shading: Shadows can be cast by several physical obstructions on a rooftop, such as trees, neighbouring buildings, etc. Among the shading contributors is also the roof itself. One part of a roof may cast a shadow on a specific portion of the very same roof for a few hours during the day. This shading factor is also considered, and accounted for, based on the particular type of roof that the design is being carried out for. For example, a northern light glazing type of roof causes more shading effects than a double slope roof.

Mounting structures of the modules: Based on the shape of the roof as well as the strength of the roof, mounting structures are designed, in order to raise and support the modules. This method may be adopted in the case of flat roofs. For tilted roofs, modules can be clamped directly to the ridges of the roof, or clamped such that the bottom edge of the supporting structure is clamped to the purlin of the roof. An alternative approach, in the event that a sturdy, tiled roof is used, under suitable orientation, a roof-hugging design may be adopted. That is, the modules are affixed to the metal sheet with the use of a strong, industrial-grade adhesive.

Based on specific design considerations, the detailed engineering team develops the layout of the solar plant, carrying out stringing, and other specifications

Designing a plant to meet your energy needs

Appropriate sizing of solar power plants is very essential to take maximum benefit of invested capital, and ideally size of solar power plant should be such that maximum energy generated at any given time of day is less than minimum load so that every unit generated is consumed rather than exported to grid. With net metering policies implemented by most states, energy generated on weekly off, holidays as well as routine maintenance schedules can be banked and used within the billing cycle. However, with net metering, there also comes a caveat of a maximum installation size of 1 MW per facility.

Below is an energy generation graph constructed by Enerparc before carrying out detailed engineering in order to chart out specifically the energy requirements of the energy-consuming unit.

All in all a well analysed customer need with an ably designed system and professionally executed project, would go a long way in ensuring Maximized returns on investment.