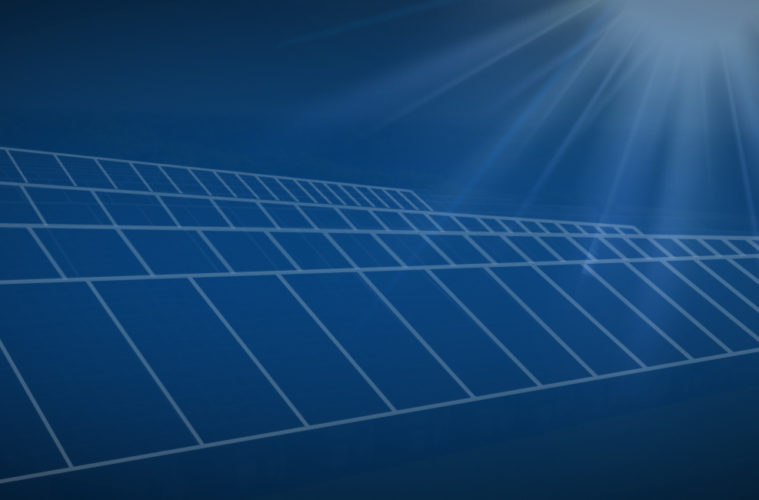 In a bifacial module, the presence of the rear PV module allows the reflected irradiation to be employed in energy generation. Therefore, the more reflective the surface of installation is, the greater is the power generated by the rear PV module.

The performance of bifacial modules is governed by a few key factors.

Albedo of the surface of installation: Albedo of the surface is defined as the ratio of reflected light to incident light. A highly reflective surface, like fresh snow, has higher albedo (0.9), which contributes to more irradiation striking the rear PV module, thereby raising the overall performance of the bifacial module. On an average, the earth has an albedo ranging from 0.2 to 0.4.

Local climatic conditions: As with mono-facial PV modules, bifacial modules are also highly reliant on local climatic conditions. However, the bifacial gain is not directly dependent on the total irradiation received at the location of installation. Lower levels of incident irradiation could simply translate to a larger presence of the diffused (reflected) component of the received irradiation. This imbalance serves to up the performance of the rear PV module. Therefore, seemingly adverse local conditions can, under certain cases, be averaged out by the presence of the rear PV module.

Elevation: Elevation above the ground is a crucial component of installation of bifacial solar panels. The shadow cast by the module forces a drop in the irradiation received by the rear solar PV module. Apart from self-shading, the design of bifacial solar module-based solar plant should be carried out keeping in mind the shading caused by one module onto the surface of the succeeding module as well. The height at which power saturates is also directly dependent on the time of the day, the light received, the local climatic conditions, albedo, etc.

Optimal Tilt angle: Ideally, bifacial modules with a vertical tilt angle produce highest electricity. Noise barriers, built with bifacial modules have proven to be an efficient solution to an otherwise expensive infrastructure undertaking. As expected, the optimum tilt for a bifacial module is greater than the optimum tilt for a mono-facial module, so as to accommodate the capture of a larger fraction of the reflected irradiation. Performance can be improved by the utilisation of trackers that allow the modules to follow the sun’s movement across the sky, thereby keeping them directed to receive the maximum possible irradiation.

A bifacial solar plant is modelled on the idea of using high-quality material for high-energy needs. LCOE (Levelized cost of electricity) for a bifacial plant coupled with Weighted Average Cost of Capital that is determined in accordance with the financing structure, are used to determine the cost efficiency of a bifacial solar installation. The feasibility of migrating entirely to a solar industry dominated by bifacial modules is still being examined as performance results from early adopters and manufacturers continue to roll in. Here, as a solar developer in India, we examine some of the major additional cost heads that fall under a bifacial solar plant.

Module Technology: A module of higher quality corresponds to a higher bifacial factor, which corresponds, as expected to greater bifacial gain and power generation

Changing surface albedo: Extra costs may be incurred during installation as well as during the operation and maintenance phase if additional work has been done on the surface of installation to raise the albedo. A change in surface would require maintenance, which would add to the O&M costs of the project.

Cost of modified mounts and electrical components: Bifacial modules must be mounted such that the shading caused by the mounting structures, on the rear PV module, is restricted to a minimum. The inverters must also be adapted to the additional power generation capacity of the bifacial modules.

Bifacial modules represent a veritable leap in the technological capabilities of the solar industry. As the market stands, it may appear that the jury is out on the feasibility of migrating entirely to the bifacial module, given that manufacturing catches up. However, one thing is certain, industrial and commercial solar systems are seeing what marks just the beginning of a race to uncover higher and higher levels of efficiency and power generation of solar cells.